The goal of the Environmental Sustainability program is to promote sustainable engineered systems that support human well-being and that are also compatible with sustaining natural (environmental) systems.  These systems provide ecological services vital for human survival.  Research efforts supported by the program typically consider long time horizons and may incorporate contributions from the social sciences and ethics. The program supports engineering research that seeks to balance society’s need to provide ecological protection and maintain stable economic conditions.

PROSSER, Wash. – People may notice a small, unmanned helicopter flying over Washington vineyards this summer, but don’t worry. Doing work for science, it is fully approved by the Federal Aviation Administration.

The drone, or unmanned aerial system (UAS), is an eight-rotor “octo-copter.” It uses high tech cameras to assess the status of plant health known as “canopy vigor” and relate that to irrigation water use and evaporation from grapevines. The flights are part of a long-term Washington State University study on subsurface irrigation in vineyards.

For full article in WSU News

PULLMAN, Wash. – Julie Padowski, clinical assistant professor at Washington State University, has found that the loss of land cover around cities has increased pollution and raised the cost of water treatment.

Writing in the Proceedings of the National Academy of Sciences, she and coauthors say 90 percent of large cities around the world have lost natural land cover to agriculture and development since 1900.

The degradation of watersheds has affected water-treatment costs for nearly one-third of the more than 300 cities in the study. The affected cities saw operation and maintenance costs rise by more than half.

Padowski does research in the Water Research Center and Center for Environmental Research, Education and Outreach at WSU.

Leading the study was Robert McDonald, a scientist for the Nature Conservancy. His colleagues are Padowski and Katherine Weber of Yale University.

An abstract of the paper is available here. The Washington Post writes about the research here.

The Bruce Gardner Memorial Prize for Applied Policy Analysis Award recognizes outstanding impact on agricultural and related policy, based on sound foundations in economic theory. The purpose of the Award is to encourage sound economic analysis of public policy issues that provides timely and relevant information for more effective public policy and program discussions relating to national or internationally relevant policy issues. The award is intended to focus attention on important efforts in research, education or public service, which facilitate the policy process and improve public performance and understanding. A maximum of one award is given annually. For more information, see 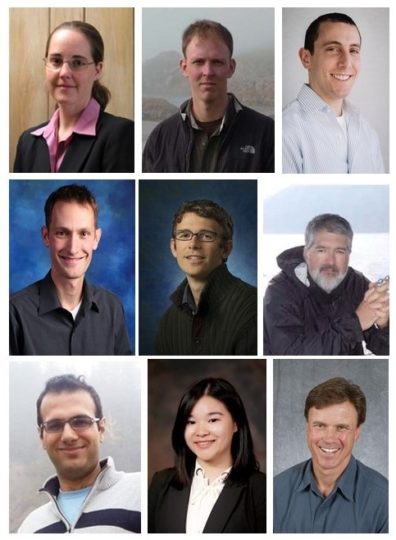 Congratulations to Jon and his team!